At Airedale Junior School, English is embedded into the whole curriculum. Through developing language and the written word, we equip children with the skills they need to confidently carry them along their learning journey.

We support the children to: 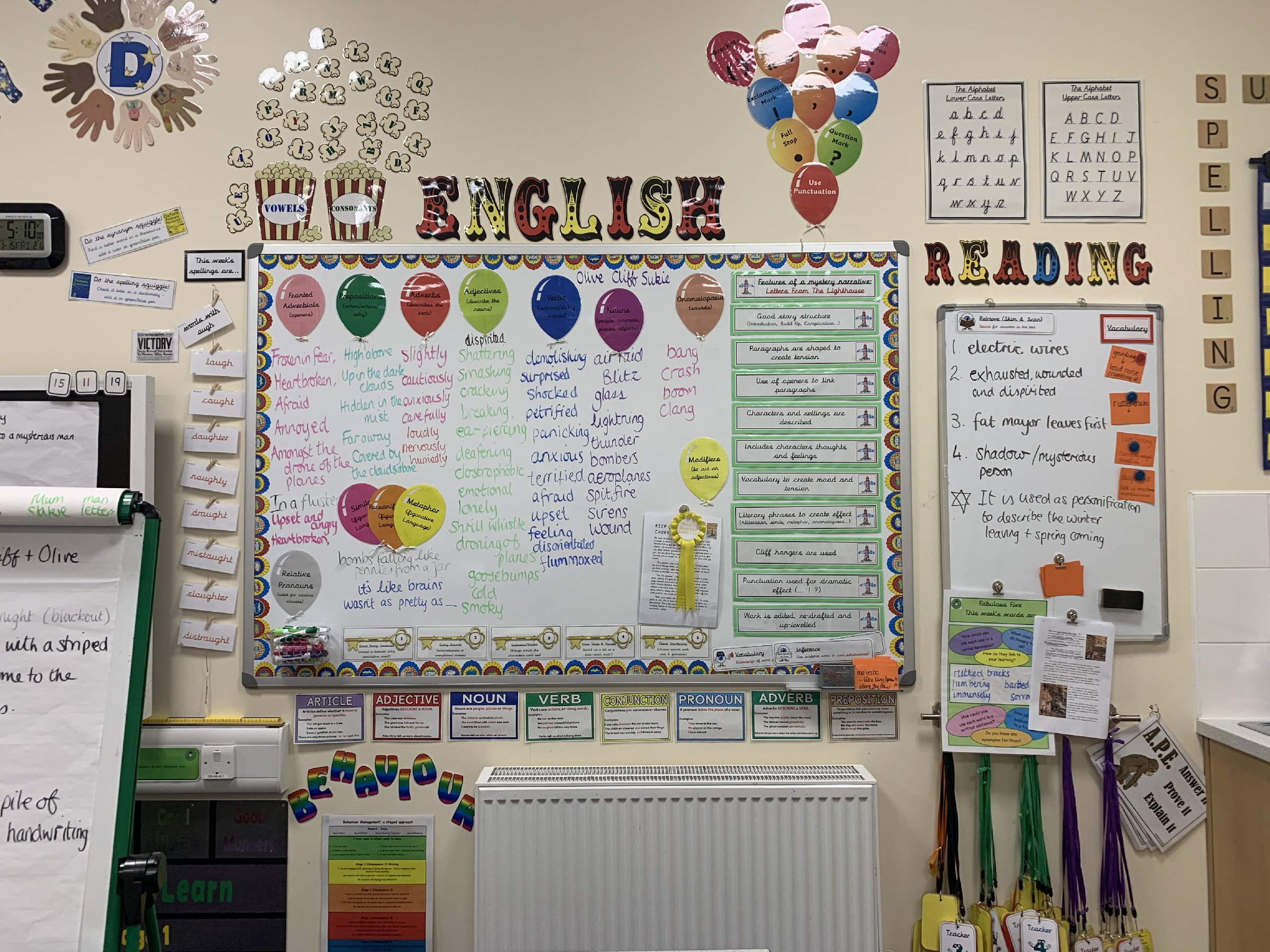 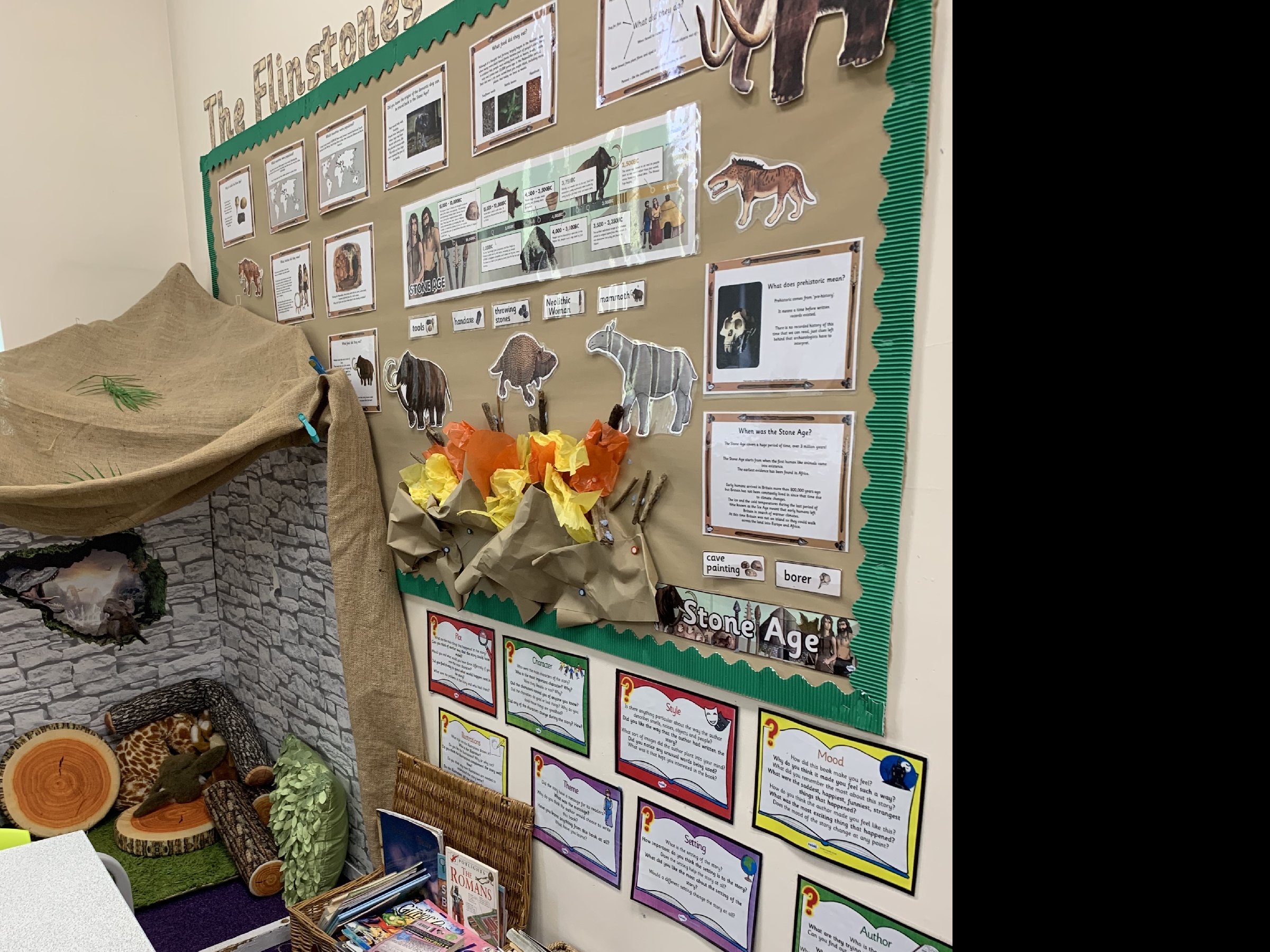 Look at what we have been learning in English: 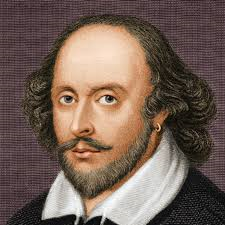 Very little is known about William Shakespeare's childhood. He was born in the English city of Stratford-upon-Avon about 100 miles northwest of London in 1564. William's father was a successful leather merchant who once held the public position of alderman. He was the third of six children including two older sisters and three younger brothers.

Growing up in Stratford-upon-Avon William lived in a house with his big family on Henley Street. He went to the local grammar school where he learned about poetry, history, Greek, and Latin. When William turned eighteen he married Anne Hathaway. Anne was eight years older than William. They soon had a family including a daughter named Susanna and twins named Hamnet and Judith.

Shakespeare wrote plays for the Lord Chamberlain's Men. He worked as an actor as well. His plays became very popular in London and soon the Lord Chamberlain's Men were one of the most popular acting companies in the city. Some of Shakespeare's early plays include The Taming of the Shrew, Richard III, Romeo and Juliet, and A Midsummer Night's Dream.

Many of Shakespeare's greatest plays were written in the last half of his career. These included Hamlet, Othello, King Lear, and Macbeth. His success in the theatre, as well as his investments in land and the Globe, made Shakespeare a wealthy man. He purchased a large home in Stratford for his family called New Place.

Shakespeare also became famous for his poetry. His most famous poem of the time was Venus and Adonis. He also wrote poems called sonnets. A book of 154 of Shakespeare's sonnets was published in 1609.

William retired to his home in Stratford and died on his fifty-second birthday.