Look at what we have been learning in maths:

Famous in This Field: 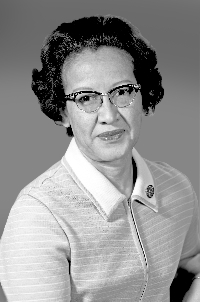 Best known for: Katherine Coleman Goble Johnson (born August 26, 1918) is an African American mathematician who made contributions to the Unites States' aeronautics and space programs with the early application of digital electronic computers at NASA.

Known for accuracy in computerized celestial navigation, she conducted technical work at NASA that spanned decades. During this time, she calculated the trajectories, launch windows, and emergency back-up return paths for many flights from Project Mercury, including the early NASA missions of John Glenn and Alan Shepard, and the 1969 Apollo 11 flight to the Moon, through the Space Shuttle program. Her calculations were critical to the success of these missions. Johnson also performed calculations for the plans for a mission to Mars. 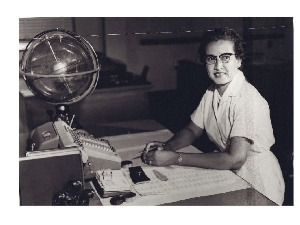